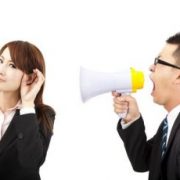 Why didn’t I get an interview? 8 top tips

Working with friends and family
Scroll to top